Playing video games using the cloud gives gamers access to many titles they would otherwise never get to enjoy. Cloud gaming platforms use streaming technology to deliver games over the network. The games are hosted on the cloud provider’s high-end hardware, eliminating the need for a gamer to spend a fortune on a gaming machine. All they need is a low latency network connection and a remote desktop interface or client software for their mobile device.

This article compares GeForce NOW vs xCloud so you can choose the cloud gaming platform that’s right for you.

Nvidia GeForce NOW and xCloud are two cloud gaming options that let users stream games directly to their computer or mobile device. They let gamers enjoy popular titles without the need to purchase expensive hardware. Cloud gaming makes video games available to a whole new audience. With a low latency network connection and a mobile device, gamers can play no matter where they are.

Nvidia GeForce NOW is a cloud gaming service that lets users play games from its extensive library of titles on any type of Windows or Mac desktop or laptop computer as well as Android devices. The service has over 1,000 games available to subscribers and allows users to connect to game stores to stream games they already own. Over 100 free games can be accessed on GeForce NOW, letting you try out the platform with no financial commitment.

Nvidia is responsible for developing the GeForce NOW cloud gaming platform. It makes sense that Nvidia is involved in cloud gaming as they have been a leader in designing computer graphics solutions since 1993. The company invented the graphics processing unit (GPU) in 1999, ushering in a new era of graphic-intensive games and applications for home computers. Nvidia is an industry leader in the development of hardware and apps that appeal to gamers, including graphics cards and gaming laptops. 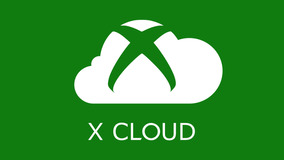 xCloud, also known as Microsoft Xbox Cloud Gaming, is a service that specializes in games developed for the Xbox gaming console. It lets gamers stream the games to a remote PC or mobile device to enjoy Xbox games anywhere. Players connect compatible controllers to their devices and can play Xbox games using the same button actions as when using the console.

Microsoft is an industry leader in virtually every aspect of computing and is one of the major public cloud providers in the world. They have identified cloud gaming as an opportunity to expand the audience for Xbox games by eliminating the need to purchase a console. Apps are available for Windows computers, mobile devices, and Smart TVs. Gamers can also access xCloud through a browser without downloading additional software.

Let’s compare the features of Nvidia GeForce NOW vs xCloud to see if there are major differences that might influence your choice of cloud gaming platform.

A cloud gaming platform must provide operating system support for the types of devices you plan to use when accessing the service. You can use your web browser to play on GeForce NOW or download an app to devices running compatible operating systems.

xCloud apps are available for mobile devices, Windows computers, and Smart TVs. xCloud can also be run through a browser by visiting Xbox.com.

The table lists the operating system compatibility of xCloud vs GeForce NOW.

Let’s take a look at some of the pros and cons of these two cloud gaming solutions.

Selecting the right gaming platform essentially comes down to considering a few factors. You need to know what types of games you want to play, what kind of device you plan to play them on, and how much you are willing to spend for the service. Another thing to think about is if you are planning to primarily play alone or want the option to game with friends.

You should spend a little time searching through the titles offered by the two services to see if either has more games you want to play. Make sure they can be played on your devices. If you want to play with other gamers, you need to know that GeForce NOW is only a single-player platform. You can’t use it to play with your friends.

In the case of the two platforms discussed in this article, they offer an easy way to get started. GeForce NOW lets you play a limited set of games for free and xCloud only costs one dollar for the first month’s membership. This lets you test the platform’s performance with your devices and can help determine which to engage as your long-term cloud gaming solution. We suggest that if you are uncertain about choosing a gaming platform, you give them a test drive before making your selection.

Robert Agar
I use my wealth of experience in the IT field to help explain complex concepts so they can be clearly understood by a general reader.
Share article
Tags
Gaming, Software, Comparison, RemotePC
Close