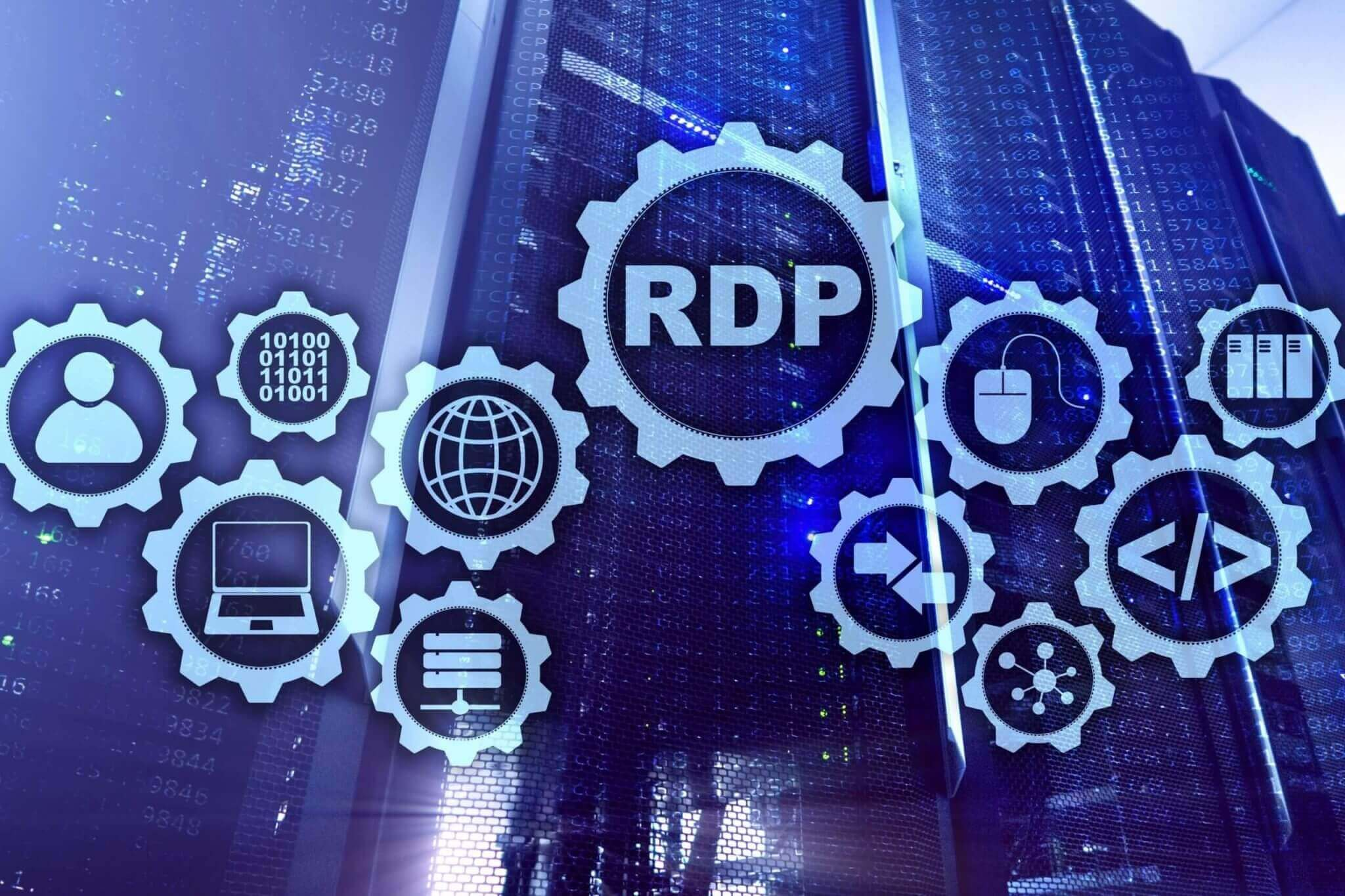 What is Remote Desktop Protocol (RDP)?

Remote Desktop Protocol (RDP) was developed by Microsoft as a proprietary protocol, enabling remote access to other computers. This connection is usually established via TCP port 3389.

Examples of useful RDP implementation include work-from-home or traveling team infrastructures that require access to their work machines, or admins providing system maintenance (be it on macOS, Unix systems, Windows, iOS, etc.).

Remote Desktop Protocol is an extension of the T-120 protocol standards line. A protocol with multichannel capabilities is capable of creating individual virtual channels that transmit the following data:

RDP is an adjunct of the core T.Share protocol and numerous options are built-in to Remote Desktop Protocol. One such example being architectural features that enable multiparty sessions (often referred to as “Multipoint”.)

What is the purpose of Remote Desktop Protocol? To understand the concept of RDP, imagine what it’s like to operate a drone (or a remote-controlled car.) In other words, users can manipulate and control a device from a distance.

Except, whereas a remote-controlled car uses radio waves to maintain a connection, RDP uses network and internet connections to access computers and other devices (like a laptop or mobile phone.)

Being that Remote Desktop Protocol enables remote connections, users most frequently use it to troubleshoot device issues from afar (like a tech support agent helping a customer). Now that cloud computing and virtualization are commonplace, RDP is implemented daily by users of all business and tech-knowledge levels. If you’ve ever booted up and connected to a virtual machine (VM) via the cloud, your company likely utilizes RDP (or a similar protocol.)

No matter whether users connect to a VM or a remote machine, an internet connection is required when using Remote Desktop Protocol.

What can you do with Remote Desktop Protocol?

Below are some notable RDP features:

RDP supports up to 64,000 independent channels for data transmission. Data can be encrypted via 128-bit keys, and the bandwidth reduction feature optimizes data transfer rates on low-speed connections.

Using Remote Desktop Protocol provides numerous advantages, as well as disadvantages. Below we’ll cover the pros and cons of RDP.

Generally, RDP is a fantastic and convenient tool for remote work access/management, especially for organizations implementing on-premises IT setups.

RDP is the most commonly used protocol for remote desktop access/control. However, remote access software tools can function via many different protocol options, like ICA (Independent Computing Architecture) and VNC(Virtual Network Computing).

Virtual Network Computing is a cross-platform screen sharing tool developed to control another computer remotely. Meaning a computer’s screen, keyboard, and mouse are operational from a distance (via remote users from a secondary device), but with the same fluidity as if the remote user was physically working on the local computer.

VNC works on a server/client model, and once the server (local machine being accessed remotely) and the viewer (user accessing the local machine from a distance) connect, the server transmits a copy of the remote desktop’s screen to the remote viewer.

We hope this remote desktop explanation has provided you with a great deal more insight not only into what RDP is but why it’s such a valuable tool for anyone to implement.

For many businesses trying to adjust in the post-COVID era, reliable remote access tools are requirements as much as they are conveniences.