TABLE OF CONTENT
What is Linux xrdp?
Establishing a Ubuntu Remote Desktop Server with xrdp
How to set up an xrdp server on a Ubuntu system
How to view a Linux system on a Windows xrdp connection
Using xrdp on a Linux Mint system
Linux Mint xrdp Installation Process
What are the pros and cons of xrdp and VNC in Linux?

What is Linux xrdp?

Prerequisites for running xrdp include:

In addition to its ability to provide a graphical remote session between a Linux and Windows remote machine, other features of xrdp include:

A Linux system running Ubuntu can be configured to act as an RDP server and allow connection to a Windows machine from the remote Linux computer. This can be done using the standard Windows Remote Desktop client which, unfortunately, is not installed as part of most Linux distros. This means you need to install and configure the RDP server manually on the Linux host. Once installation is complete, you can graphically manage a remote Linux machine.

We are going to show you how to configure a Ubuntu 18.04.2 system for access by RDP using the xrdp Linux package.

Using xrdp, machines running operating systems other than Windows can be configured as an RDP server. Setting up a Linux remote desktop with xrdp requires that the X Window System is installed on your computer.

How to set up an xrdp server on a Ubuntu system

You can specify the IP addresses or custom networks that can connect to the remote machine for additional security.

Note: When accessing a remote machine that is behind a NAT on a local network, you can configure port forwarding to allow connectivity from an external IP address. A VPN connection can be used instead of port forwarding to the remote router or firewall.

How to view a Linux system on a Windows xrdp connection

Open the CMD line in Windows with the Start > Run > CMD combination. Run the following command to open the Remote Desktop client and connect to the remote machine:

Choose xorg as the session type and enter your login credentials. 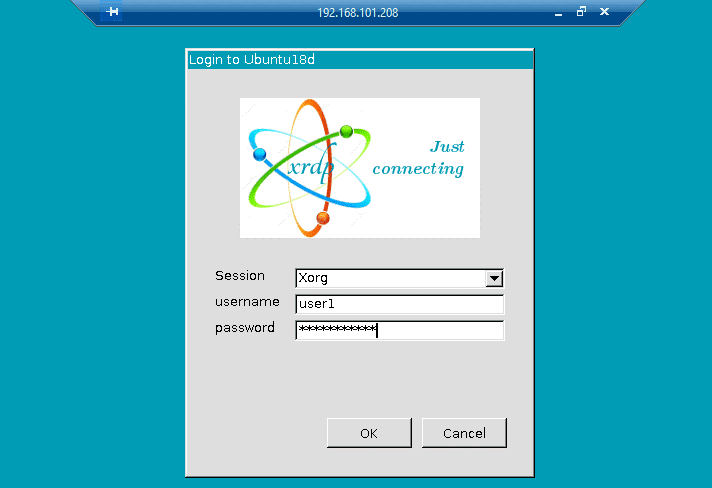 After waiting a few minutes, an empty blue screen may be displayed that indicates there is a configuration problem. Use the following steps to get around this issue and fix the xrdp connection.

This problem is caused by changes made in Ubuntu version 18.04 and the xorgxrdp package. These changes have broken the ability to successfully connect using xrdp. Fixing the empty blue screen issue requires that you install the correct version of xorgxrdp-hwe:

You can check the version you are running with this command:

After the correct package is installed, try to connect to the Ubuntu system again using RDP. Execute the following command in the Windows CMD line:

Then, choose xorg in the login window and enter your credentials to establish the connection. 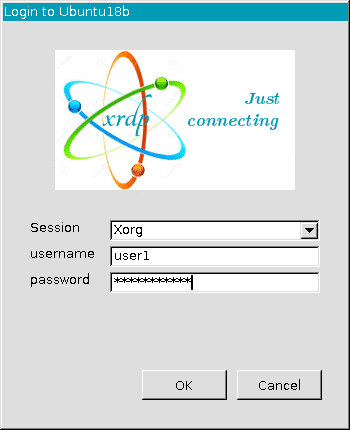 You should now be successfully connected to the Linux machine using the Windows Remote Desktop Protocol. Use the default configuration in the displayed dialog window.

You can modify the resolution by running the mstsc command from the Windows machine. Manually enter the IP address of the Ubuntu system. Select Show Options and choose the desired resolution from the Display tab. 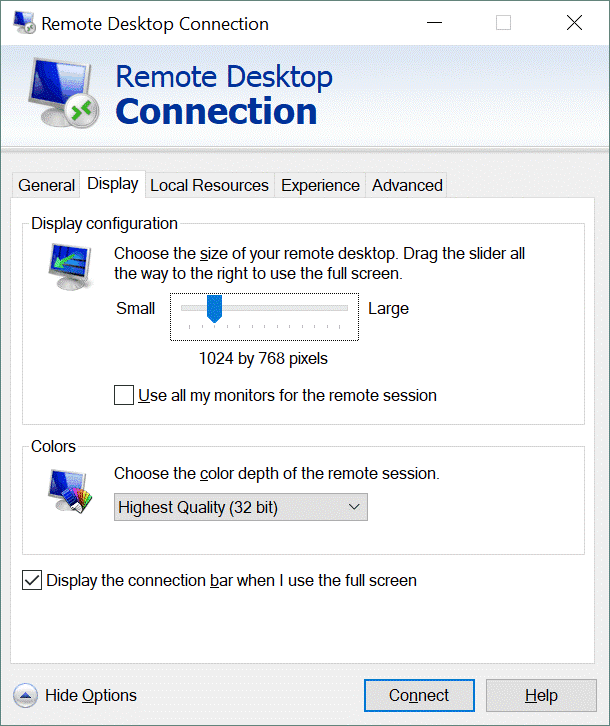 Now you can connect to your Ubuntu system from a Windows remote machine using RDP and adjust the screen resolution as needed. You have successfully established the RDP connection which brings us to the end of this demonstration.

The following environment is used for our example of installing and testing xrdp with Linux Mint.

Log into your Linux mint system and enter the following command in a terminal:

When the installation is complete, check the xrdp version installed with the xrdp -v command.

A specific VNC Server package is necessary when connecting to the Cinnamon interface in Linux Mint. You need the TigerVNC Server software which is not in the Ubuntu repository.

Navigate to the Download folder or wherever you have saved the VNC package. Using the Terminal console, enter the following command to install the package:

If you see error messages or warnings, ignore them for now.

The following command will ensure that all the dependencies are installed:

Important: This activity needs to be done from the local Ubuntu machine not using the xrdp connection.

Now you are finished with the configuration.

You should now be able to establish a remote desktop session to the Linux Mint system. You may receive an error message the first time you login. Try again, and you should see the Cinnamon Desktop environment and you can begin working on the Linux Mint computer.

The Cinnamon desktop you are presented with is the software rendered version and not the full interface, as seen in the screenshot above.

What are the pros and cons of xrdp and VNC in Linux?

There are several differences in xrdp and Virtual Network Computing (VNC) that may make one more appropriate for your usage scenario. The main differences are:

Using a third-party solution like Remmina enables you to choose the protocol used for your remote connections. Remmina supports RDP, VNC, and various other protocols, making it a flexible solution for remote desktop access.

Robert Agar
I use my wealth of experience in the IT field to help explain complex concepts so they can be clearly understood by a general reader.
Share article
Tags
Linux, Tutorial
Electronic Team uses cookies to personalize your experience on our website. By continuing to use this site, you agree to our cookie policy. Click here to learn more.